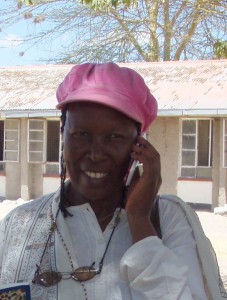 We send you many greetings from rainy Kenya

We have finally come to the end of a rather busy year and most of the children are thankfully at home with their parents except four girls. Those are children at olosho oibor primary school living at the (safe house). Of the four girls three are the orphans that started with Nenkashe nearly a year ago and the forth is Malel.  These girls are staying at the holiday centre and are happy.

The five girls who started secondary school this year and were in four different secondary schools, adjusted very well .  All the five girls adjusted well to the new school. They sustained their performance even though the challenge was bigger and the competition was more. The beginning of the year was quite challenging as the organization tried to meet the different schools requirements including the different schools dates such as parents meetings, coordinating transport for days off during the school term.

The other girls in the different primary schools have had a good year without any major events. The cooperation between Nenkashe and the girl’s parents was good. Even Malel’s mother telephoned several times to inquire about her. Her parents are encouraged to visit Malel at the holiday centre.

Counseling and mentoring of the girls was carried out both during school days and in the holiday home. These are usually good sessions because the girls have a chance of talking about their worries both at school and during holidays.  Nenkashe members have attended parents’ teachers meetings at various schools and development meetings. They have also gone to several home visits.

The most important trip of the year was a three day long and difficult visit to Pokot north-west of Kenya. in all travelled ca. 500 km.  The purpose of the visit was to finds local secondary schools for the five pokot girls. It was a successful trip all the five secondary girls will be in one school from January, which will reduce travel expenses drastically. It will reduce separation between the girls and their parents. During this trip the girls’ community recommended six girls from very poor families to be sponsored and a school that could accept all the children was found. The girls were between seven to eleven years.

This year we have had two major visits. One from Baylor university U.S.A visited the A.I.C school were most of our girls are, and painted the dormitories and toilets of the school. This was a great gift to the school and the face lift was really needed. It was during this visit that the students promised to sponsor the above mentioned six girls.

The other visit was from Steadfast from Scotland. They visited A.I.C and olosho Obior School and donated sanitary towels and foods to the safe house. There was also a visit from a journalist from DR, P1 radio. He visited olosho oiber school spend time with the rescue children and interviewed the girls, teachers and members of the community

From 2014 Nenkashe will have two new sponsors who will sponsor to girls. Several people have contributed sanitary towels, clothes and single monetary donations including the Baylor university students who will sponsor the six girls.

There have been a few challenges. We have had one girl who dropped out of school due to pregnancy and left school to get married. One parent withdrew her children from Nenkashe and the reason was that the children were not happy in boarding school.

In 2014 there will be ten new girls six of which will be sponsored by Baylor university students.

All the above has been possible through your generous contributions, of which we are grateful.