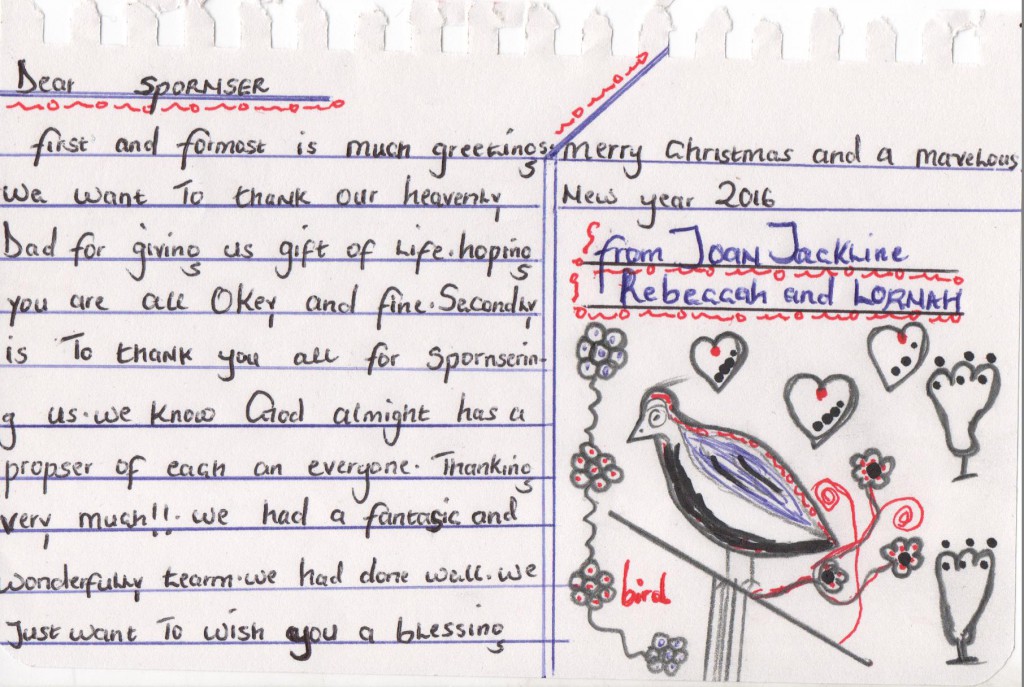 The Nenkashe wishes to say thank you to you all that are members of Nenkashe.dk, all that have contributed and participated in the hard work of organizing fund raising events so all the above may be possible.

Your efforts are put into good productive use of raising and educating the needy Maasai girl child.

We wish you all a Merry Christmas and A Happy New Year.

19 girls are spread out to 7 different  Primary Schools. Three boys are in a Boys Boarding School.

One 8 year old is in a children’s home called Nyumbani (means Home) for HIV/AIDs survivors. She has put on 10.5 kg in 1 year. This little girl has made tremendous progress during her 1 year stay in Nyumbani from being a very sick, malnourished little girl to a happy school going girl.

The nurses predict that she will be able to join a public school next year. She has until now attended the protected school at Nyumbani whenever she was well enough.

We have 10 Secondary School going girls in 6 different schools.

A 16 year old pregnant girl was rescued by a Nenkashe member as she was about to be married off against her will. The Children’s Officer managed to secure a Mother and Child Home until she delivered. She has since delivered and has joined a primary school while her baby remains in the home where the mother is able to visit and stay with her baby during each school holiday.

Only one girl sat for National  Primary School Examination this year. We wish her the very best.

One of the girls who finished Primary School last year is physically challenged and had to undergo a corrective surgery on both legs and is recovering well.

Unfortunately public school teachers went on strike at the beginning of the term for 5 weeks and pupils were forced to remain at home. This was evident in this end of year Test results, despite which they majority had good results.

11 girls and one boy stayed at the Nenkashe Holiday Home for the August break. They were as usual looked after by a matron and had frequent visits by a social worker for counseling

All children, including Nempiris from Nyumbani will spend Christmas Holidays with their respective parents or guardians. Malel will spend this holiday at home, for the 1st time in 3 years. She was very happy when the Children Officer and I drove her the 70km to her home, where she was received warmly by her family and neighbors.

The parents promised to allow her to complete her schooling as far as she is able.

Teressia, a girl in class 7 has shown great ability in athletics by winning the inter schools competitions and subsequently running for Kajiado County and each time taking the lead. She has received several awards.